Setting ambitious yet realistic goals in the Polish offshore wind development programme is a key to a strong economic position and energy security. Unlocking the full potential of offshore wind in the Baltic Sea, thanks to close cooperation between countries in the region, is also an important contribution to the transformation of the Polish energy system and the implementation of the Green Deal’s goals.

Poland has a chance to become a leader in the Baltic Sea by developing 28 GW of installed capacity in offshore wind farms by 2050. It is more than one-third of the total capacity that could be built in the region. The Baltic Sea will become the area with second-largest offshore wind potential in Europe, after the North Sea.

With a symbolic start to Poland’s offshore energy leadership, we extend an invitation to the signing of the “Baltic Declaration” between the countries of our region. This will take place during the first day of the Pomeranian Offshore Wind Conference (30.09 – 1.10 2020, Radisson Blu Hotel, Szczecin, Poland), organised by the Polish Wind Energy Association with the Ministry of Climate.

The “Baltic Declaration”, to be signed by government representatives from the region’s countries, including Poland, Denmark and Germany, is a cornerstone for the transformation of Poland’s energy system with strong support from offshore wind and for increasing the share of renewables to 25% by 2030, in line with the European Commission’s recommendations.

By signing the Declaration on the eve of the publication of the European strategy for that sector, we are joining the mainstream with regard to EU’s targets on the road to climate neutrality. We are also starting a period of close regional cooperation in spatial planning for maritime areas, grid development, planning of capacity and support mechanisms. All these components will be of key importance for the development of a well-functioning internal energy market and cross-border infrastructure.

Offshore wind farms provide an opportunity for the Polish power system to be based on cost-effective, environmentally friendly and innovative solutions. They also allow for safe operation of the power grid after the shutdown of outdated hard coal and lignite power plants.

By making use of the largest potential for offshore wind in the Baltic Sea, we can build a new sector of the economy around the emerging industry and become specialised in manufacturing of selected components of offshore turbines. Hopefully, offshore wind will become Poland’s primary export industry, and Polish companies will be strong links in the international supply chain for offshore.

An ambitious approach to development of offshore wind farms in the Baltic Sea waters is a key to maximising economic benefits. In the dynamic development scenario it would be possible to build 8.6 GW by 2030. This optimistic variant translates to direct investment in the range of PLN 100 billion and 63,000 new jobs. More conservative scenarios with 4.3 GW built by 2030, are equivalent to half that investment amount and employment of approx. 38,000 people in the sector.

– How to unlock the economic potential of the Baltic Sea? Who can benefit the most? We will discuss that with representatives of the industry during the formula of Round Table, planned for the second day of the conference. This is an added value for attendees who decide to come to Szczecin. These discussion will not be streamed, but their conclusions may have an important impact on later recommendations and regulations – says Kamila Tarnacka, PWEA Vice-President, who will chair the Round Table on regulations (the topics discussed at Round Tables can be found here). – As for Polish regulations, we will discuss the final shape of the draft Offshore Wind Act, among others – Kamila Tarnacka adds. 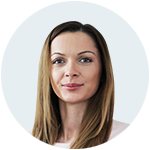 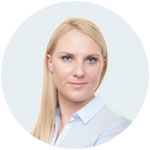